32 year old Rabi and his 72 year old Dad explore the temples of Angkor Wat, eat scorpion, rumble through endless paddy fields, and get lost on a bicycle ride.

Note: This is a guest blog written by my wonderful husband, Rabi. You can follow his energetic experience of Asia through his Instagram.

It’s December 2017 and I’m on FaceTime with my Dad who’s back in the UK. He has just announced that he’s going to come and stay with us in Singapore, for month. A month?! Righto, better get planning on what to do with him…

Fast-forward to February this year, and we’re jumping on a plane for a week-long getaway to Cambodia. The last time I went on holiday, just me and him, I was about 12 years old – whilst my sister and mum went to Centre Parks for a week-long fitness camp with none other than Mr Motivator (this was the late 90’s, he was kind of a big deal back then).

What is there to say about Cambodia that isn’t already known? Spending a week in the Siem Reap area, we toured temples, ate a whole variety of food, explored vibrant neighbourhoods on foot, bicycle and tuk-tuk, and rumbled through endless paddy fields on a beat-up minibus. It’s a great destination if you want to experience a slice of Asia that’s easy to digest and fun to explore…

It’s a running theme on mine and Vicki’s holidays that we always seek out the nearest food tour. Not only do you get to explore local culinary delights, but if you’ve got a good guide, they will take you to places way off the beaten track and share stories, sometimes personal, about the history and culture of your surroundings.

If you’re in Siem Reap, check out Angkor Street Eats. Our lovely guide Phat – Cambodian born and bred – met us at our hotel and whisked us off in the back of a tuk-tuk for some breakfast at a locals cafe, hidden away under a stilted house. This place was definitely not in any guide book – no name, no walls, no menu and plastic furniture – it was not the sort of place that I would have the courage to step into by myself.

With Phat doing the ordering, out comes a bowl of freshly baked French bread (Cambodia was a French colony until the mid 20th century, so Gallic influence remains quite strong here). Swiftly followed was an assortment of a delicious broth with chunks of pork, another bowl of pork mince with slivers of fresh ginger, some spicy sambal-type sauce. Absolutely delicious!

Back into the tuk-tuk, we bounced down narrow roads into another part of the city to a packed morning market. Seafood, meat, fresh fruit and vegetables in abundance, Phat pointed out things not familiar to us before sitting us down to another bowl of delicious fresh salad with chopped peanuts, noodles and an assortment of sauces. All washed down with a fresh sugarcane juice. And basically that was the theme of the next four hours! 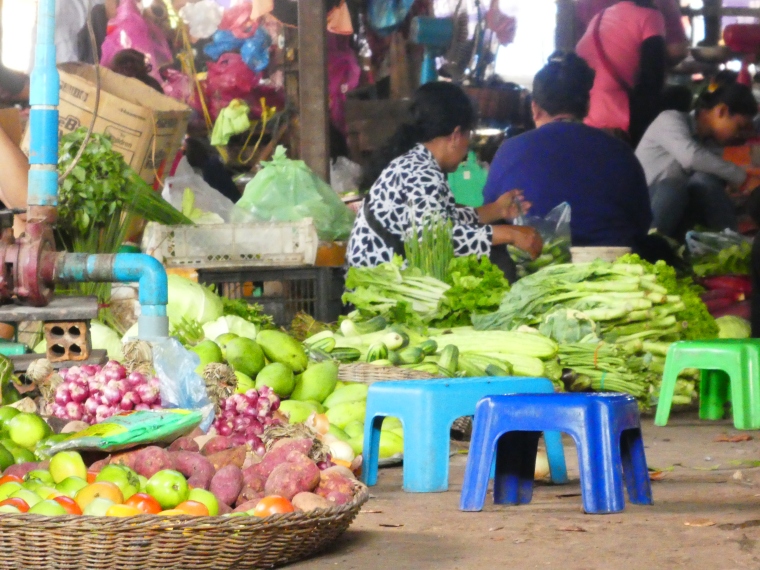 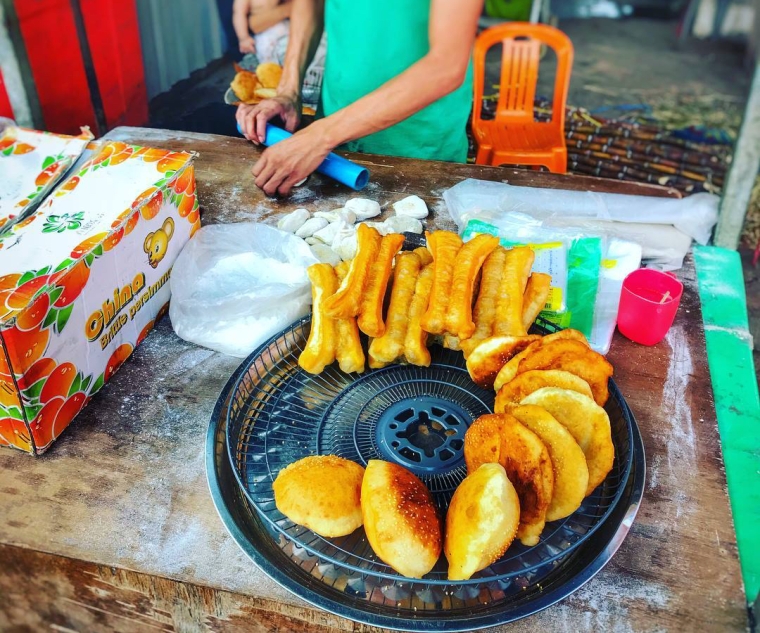 By the final stop we were absolutely, to the brim, stuffed. So full in fact that at the final destination, a bar/restaurant-come-brewery, I couldn’t even finish the rack of locally brewed beers that we finished the tour with. Gutted.

Sightseeing – the temples around Siem Reap

Cambodia is packed with temples. The world-famous Angkor Wat is just the tip of an area that spans over seven square miles of fabulous carved stone structures. We commissioned Phat for a second day to take us to this area for a personalised tour of just a few of these temples. We decided to get there early to experience ’sunrise over Angkor Wat.

Our hotel provided us with a little packed brekkie and Phat picked us up at 5am in the pitch-black and drove us over to Angkor Wat. Unfortunately, it was cloudy that morning and so it was a little underwhelming, especially sharing it with around 2,000 other tourists but hey, it was an experience.

It did mean that we didn’t have to fight any crowds trying to get into the park and it meant we were pretty much done exploring by the time the midday heat picked up.

I would HIGHLY recommend getting a guide if you’re thinking of touring these temples. Phat’s knowledge of the history was amazing, and his intimate knowledge of the area meant we were taken along paths and through ruins with not a soul in sight – a rare thing given the number of tourists that visit these temples!

Sightseeing – the countryside around Battambang

Having bounced across the countryside for almost four hours on a minibus, we escaped the hustle and bustle of Siem Reap and spent two days exploring Battambang. Where Siem Reap feels like it exists almost purely to serve tourists, Battambang feels more like a normal town.

Here we took a guided tour on bicycles, exploring the dusty dirt roads in the surrounding countryside with a local guide. The tour theme was food (of course!), but this one took us to local families that were making foodstuffs as their livelihood – dried banana chips, rice wine, rice paper and noodles.

We enjoyed the cycling so much that the next day we hired some bikes and went off ourselves, the intended destination being a vineyard. What should have been a 20km round trip turned in a 50km trek as we missed the vineyard, so decided to crack on to a temple up on a hill.

At one point we got a puncture and so pulled into a little motorcycle repair shop. Despite us not speaking Cambodian, and the young lads in the shop not speaking English, we gesticulated enough to explain the situation. He instantly got about fixing it, with a variety of homemade tools and motorcycle bits. He saved the day!

I could go on, but I think I’ll just let the pictures tell the story. It was a fantastic week filled with a little bit of everything. The people were friendly, the food was great, the temples were epic and it was dead-easy to get around. Ticks all the boxes!

And in addition, I got to spend a very special week with my Dad exploring a new place. And after all, it’s those memories that matter.

One thought on “Tour de Cambodia; A father son travel in Asia” 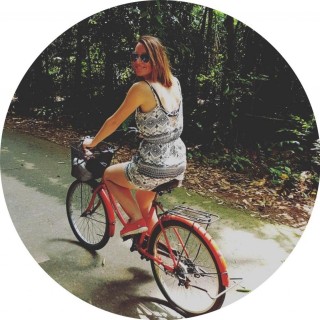